July 4th, 2016 New York City Visiting dear friend Ingrid Multhopp at New York Presbyterian Hospital. From a Newport, Kentucky waitress at Sylvia's Mexican Restaurant to a Manhattan author always the best.
A good chance to wander around town. I had lived here in the early 60's. What a place to be a young teenager! The World's Fair. Mickey Mantle still winning pennants at old Yankee Stadium. and Wilt Chamberlain crushing the Knicks at the old Madison Square Garden. My Dad was a classics professor at Columbia University so my hangouts were Riverside Park and Upper Broadway. Stood next to Richard Nixon and saw John Kennedy in a motorcade. The Beatles came to town.
This time I walked to Queens across the 59th Bridge and then it was down to 42nd St. for a ping pong grudge match supreme at Bryant Park with Hans Multhopp . To Jane Messingschlager goes the picture of 432 Park and the endangered teeny house and to New Yorker Ellen Danos Danos 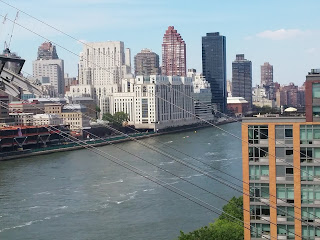 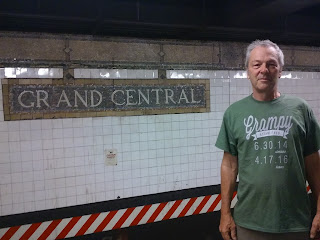 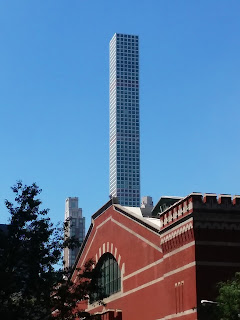 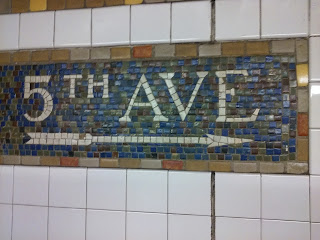 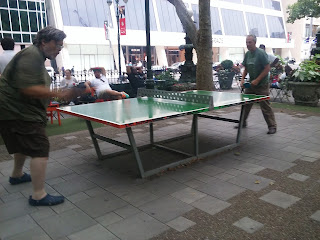 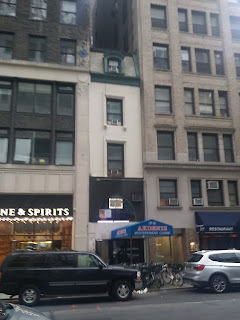 the subway tiles.
Posted by Brick Man at 5:21 PM